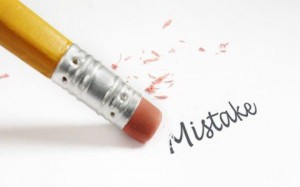 I’ve been around the swimming world for more than 15 years now, and it continues to amaze me that while the faces change the mistakes I see parents make always seem to stay the same.  So I present to you 10 mistakes swim parents should avoid….

Not Participating in Meets:

Every year I see a hand full of parents shell out hundreds of dollars to have their kids join a swim team, but they don’t want them to compete in meets.  Some say they just want them to do it for “fitness” purposes, for others its a matter of not wanting to drag themselves out of bed on a weekend morning.  Either way, they are always surprised 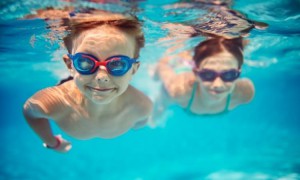 when the coaches get irritated.  Well my friends your child is on a swim TEAM, not a get together and swim laps club.  Would you join a baseball or football team and only go to practice? Of course not! The purpose of practice is to become a better player for the games…so why wouldn’t a swimmer practice to become a faster meet swimmer?  Plus, the fun for the kids is at the meets, it is where they get to measure their progress, and see the fruits of their labors.  It is also where they get to bond with their teammates.  It’s no wonder that every kid I’ve ever seen do this quits the team after a season at most.
So let’s be clear…if you want your kid to swim only for fitness purposes, then take them to open swim or a water aerobics class. If you join a swim TEAM, teach your child to be a good teammate and get your butts out of bed on Saturday morning like the rest of the competitive swim world.  Don’t worry, there is almost always coffee at the concession stand! 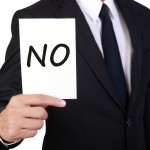 This is always shocking to me, and yet I see it multiple times every year…Parents yelling at their kids, grounding their kids, denying their kids food, and various other forms of punishment. Why would they do this you wonder? Not because they back mouthed the coach, or because they broke some rule, but rather because of their performance in the pool.
I’ve seen a lot of shocking instances of this…mothers standing over a cowering 7 year old screaming at him as he sobbed…because he didn’t swim fast enough. A father grounding a sobbing girl…because she didn’t swim fast enough.  A father telling his 12 year old daughter she couldn’t have a donut after a national level meet because she didn’t make finals (he thought it was a clever punishment…she did not).  But the very worst thing I’ve ever seen…the one that literally brought me to tears…
I was sitting in a hallway outside of a pool when a mother came through dragging her sobbing daughter. When she thought she was clear of everyone’s view (she didn’t see me sitting there) she pushed her daughter toward the wall as hard as she could and started screaming at her.  Seconds later she forced this child out the door barefooted, dressed in nothing but her wet swim suit and wrapped in a wet towel, and demanded that she stand outside…. in December… in Cleveland.. in the SNOW.  Mom told her she’d stand there until she learned her lesson. What was this 10 yr old’s crime you might wonder? She missed her event.  Go ahead and let that sink in for a minute…..  Yeah, I made sure that child came in right away, and the police had a chat with mommy-dearest.
I really don’t think I need to go in depth with an explanation as to why you should NEVER punish a child for a performance in a recreational activity.  It is supposed to be fun…it is not life and death. Seriously, save yourself a fortune in future therapy bills and just don’t!

Ever notice how difficult it is to get parents to volunteer to do anything, and it is almost impossible to find people to do the harder jobs like running meets, serving on booster boards, etc… One of the reasons this is so difficult is because parents often  treat these volunteers like complete crap.  It seems the harder these people work the more people criticize them.  Honestly if people spent as much time helping as they do sending strongly worded emails or gossiping about those that do the actual work things would probably go a lot more smoothly.

So do your team a favor, instead of nitpicking, say thank you. And if something is not going as smoothly as you think it should…don’t be a Queen Nitpicker or Constance Complainerton and instead offer to help.

Forcing your kids to swim: 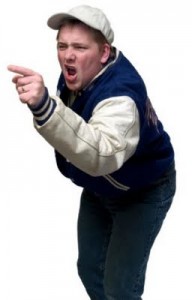 This is more common than you might think, the parents love the sport more than the kids do…and they beg, coerce, and bribe them to get them to swim.  Honestly, if your kid doesn’t love the sport, spend your time and money helping them explore other activities they may love more rather than bribing them or guilting them into another season.  Trust me you all will be happier in the long run.

Now, you’re going to think I’m contradicting myself, but stay with me.  If your kids 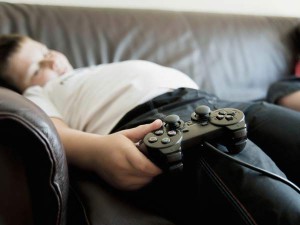 doesn’t want to swim they shouldn’t sign up for the team, but once they sign up they should honor their commitment for that season. There is a difference between a kid who is forced to join a team and doesn’t want to swim, and a kid who loves swimming but needs a little extra push when they lose the motivation to go to 6:00 am practice, or to follow through and swim the 400 IM he signed up for.  Sometimes parents need to help their kids stay focused on their goals and that might mean being the bad guy and taking them to practice when they’d rather stay home with the Xbox.  Now if you find you’re dragging them to practice everyday, then you and your swimmer may want to reevaluate whether or not to sign up for the next season.  But a little lapse in motivation is normal..and it’s sometimes mom and dad’s job to remind them of why they need to stay focused. 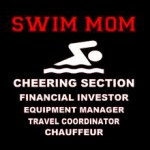 I have a whole post dedicated to this mistake.  Let the people you hired to coach your child do their job. Your job is to parent, chauffeur, cheer, manage their schedules, buy their suits, pay for their registrations and entries, feed them, drag them out of bed, be supportive win or lose….that is plenty of work…let the coaches coach!
By the way this includes pulling the coach aside or texting him and telling them to,”tell Johnny” this or that. The coaches are not there to  do your bidding, they know what to say to the kids, let them do their job!  Although, if I could get the coach to tell my kid to clean his room I might be tempted to try it…how a coach can get a kid to do grueling butterfly sets repeatedly at practice, while I can’t get my kid to put his dirty socks in a laundry basket is beyond me…but I digress.

Expecting someone to hold your hand through every step: 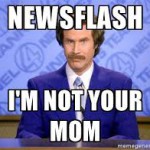 Being new to a team can be stressful for a parent, especially when you don’t have previous experience with the sport.  I serve as our team’s “New Parent Liaison” and I work to ease parents into their responsibilities a a swim mom/dad.  Most people are great, but there are always a handful who refuse to take even the most simple steps to be self sufficient.  Crazy things like reading emails, reading website announcements, attending parents meeting seem to be far too complicated for some people.  They’d rather expect a volunteer to personally walk them through every step of everything repeatedly for years.  If I had a dime for every time someone asked a question that is clearly spelled out in the email they are replying to…  I’m not talking about obscure stuff either I’m talking about..
Email subject: Meet Entries are Posted!!
Reply from parent:  Are you going to post the meet entries?
Or my favorite…a parent emailing “can you tell me the address for the local swim shop?”. We’ll sure…if only you had access to a device that had the ability to look up such info…here let me google that for you.

Seriously, whoever said there are no stupid questions clearly never ran a swim team.  So please before you ask a volunteer for help, ask yourself:

Expecting special treatment because your kid is fast:

You’d be surprised how important some people think their kid is to a team.  They want the coaches and team board to recruit, beg them to stay, and give them special treatment to be on the team.  Please, unless your last name is Phelps , you are probably not nearly as important as you think you are.  Plus, trust me, most of the really great swimmers do not have parents trying to politic for them.  They don’t need to. That’s what’s beautiful about swimming…your times are indisputable…the clock doesn’t lie.  Save the drama for Toddlers in Tiaras, and just let your kids swim. 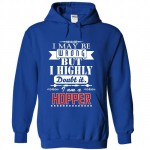 There are times that you legitimately need to change teams.  Moving, change in schedule, change in ability level etc…  Far too often though parents make their kids change teams for their own egos, hurt feelings, or because the local phenom swims for the team down the street.  Some parents even go to the point of interviewing every team in the area every year.  I suspect they get a kick out of people trying to convince them to join a their team.  What they don’t realize is they are hurting their kids.  If a coach knows you’re unlikely to stick around he maybe less likely invest much time in your kid.  It also makes it hard for your swimmer to bond with his/her coaches and teammates.  Not to mention frequent changes in training techniques is rarely a good thing.

Not taking notice until it’s too late: 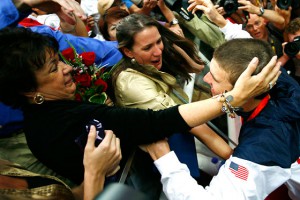 A lot of parents see their kids swimming career as a never ending stream of car rides, practices, and meets, and they tend to get so wrapped up in getting through it all that they forget to pay attention and enjoy the journey.  Skipping meets, being irritated that their kid is in the last relay, not driving to the far away meets, or having your nose in your phone rather than looking up to see your swimmers big moment are things I guarantee you will regret, and your swimmer will eventually resent.  It may seem tedious and endless at times but as a mother of a swimmer getting ready to begin his junior year of college swimming I can assure you that it does end all too soon, and someday you’ll give anything to see that adorable 10 year old swimmer who is just a memory now swim one more time. You never know when their special moments will occur and there is no rewind button on your swimmer’s childhood.  They can only swim for a certain amount of time, so enjoy it while you can!!

Also check out: Signs You Might Be a Swim Parent